You wake up in the lobby of a grand, yet seemingly abandoned hotel. When you wander away to seek help, a sense of dread falls over you as something is clearly amiss. Suddenly, strange creatures leap out from the shadows and attack you. It may seem like this is the end for you, but it’s only the beginning. You’re in a never-ending nightmare, and you need to fight your way out.

Nocturnum is a third person roguelike shooter that takes place in an ever-changing hotel filled with a looming sense of dread. During each playthrough, the level layout, enemies, and item drops will be varied, giving the player a different experience and new challenge to overcome. Players need to navigate through this hostile environment, defeat the final boss, and escape the hotel to wake up from their nightmare. Should they fail, they must restart from the beginning and play out the nightmare all over again. 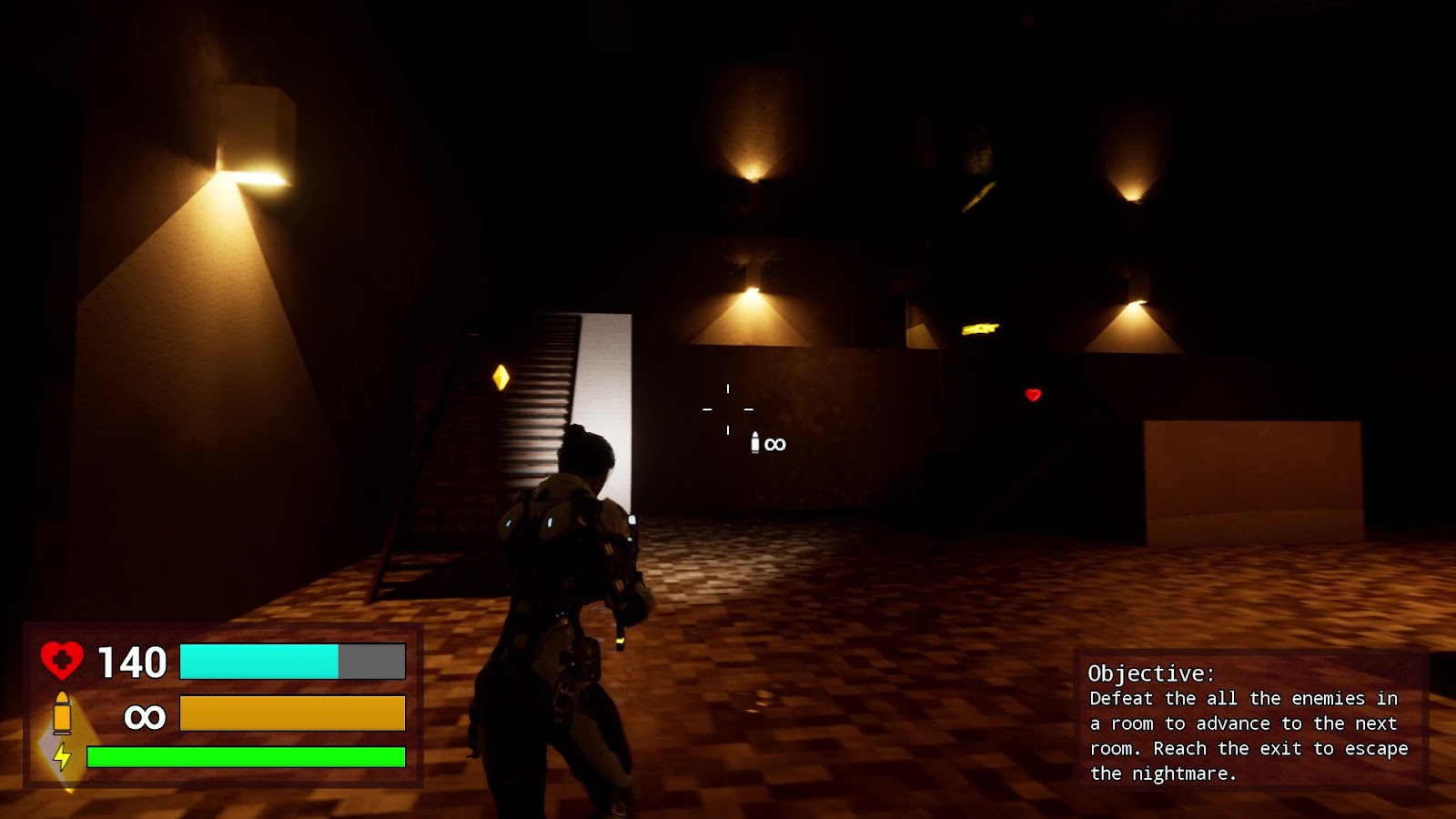 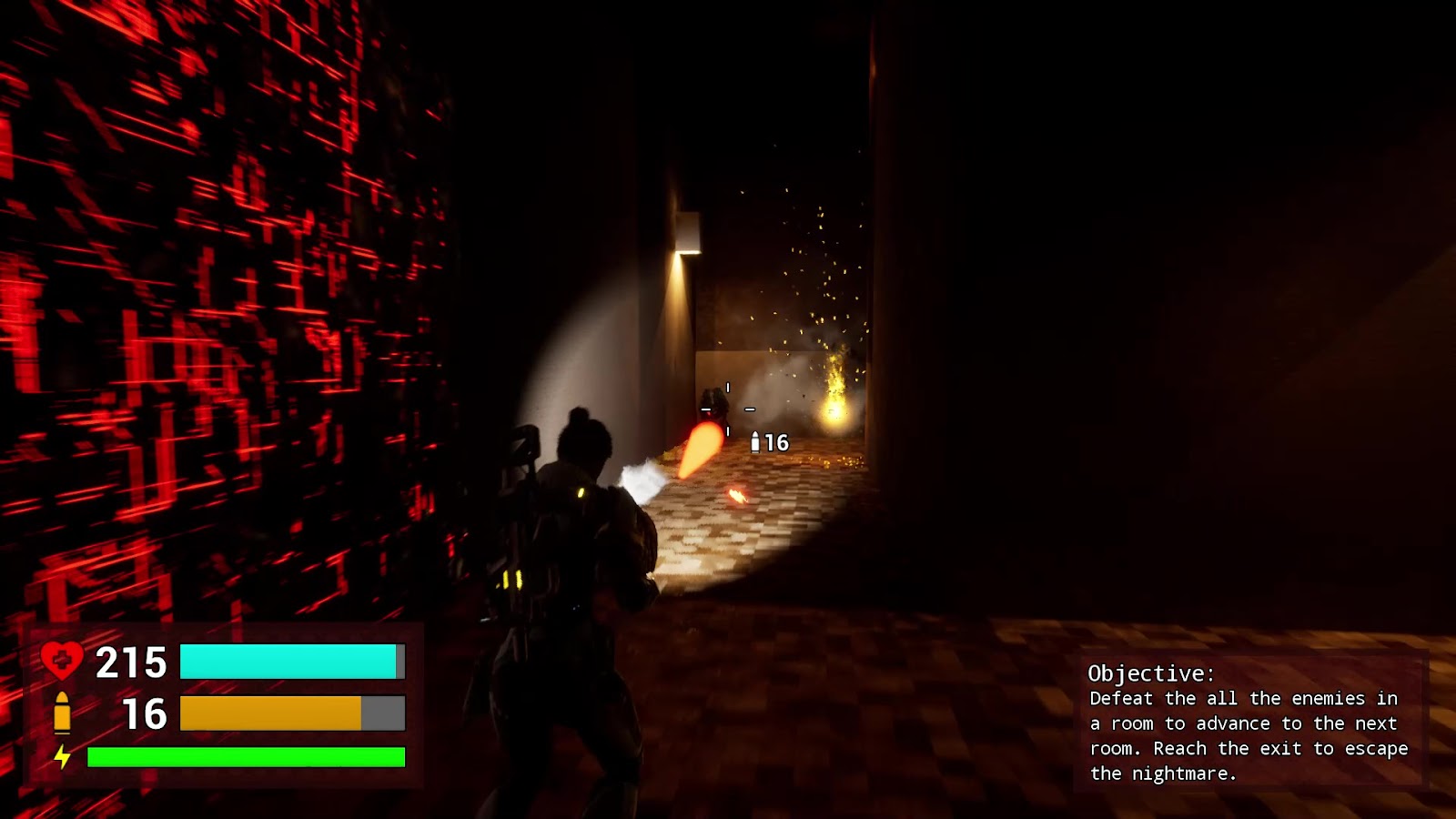 Copyright © 2023. This site showcases work by students from RIT's School of Interactive Games and Media